The history of Hotel La Pineta in Val Gardena/Gröden

You’re safe with us.

The history of Hotel La Pineta in Val Gardena/Gröden

Our 3 star Hotel La Pineta in Val Gardena/Gröden has an interesting history, one made of challenges faced with courage and enthusiasm. In 1967/68, following lengthy negotiations with the Municipality of Selva di Val Gardena/Wolkenstein in Gröden, Matteo Mussner and his wife Emilia Paganin were granted permission to build their own home. The building was meant to house both their large family – they had 12 children!- as well as ca. 30 guests. This is how it all began: with pension La Pineta, which later became our 3 star Hotel La Pineta, here in charming Val Garden/Gröden.
Granny Emilia devoted huge financial efforts and every drop of energy to be able to welcome the first guests of her hotel in Selva di Val Gardena/Wolkenstein in Gröden as early as Christmas 1968. At that time, Selva/Wolkenstein was gaining popularity among tourists, mostly attracted by the Ski World Championship of 1970 or simply by the prospect of skiing in Val Gardena/Gröden.

Our family managed to meet the financial demands of this ambitious project by working together: Parents and children, all hands on deck. Such efforts were crowned by success.
In 1969 a restaurant, open all-year round, was added to the pension.
10 years after, the pension was enlarged and started to take on the form of what is now our 3 star Hotel La Pineta in Val Gardena/Gröden. The number of rooms was doubled and the La Pineta became a 2 star pension. Matteo and Emilia’s fifth son Claudio was a talented cook, renown among his fellow citizens for his culinary skills.
Their daughters Ines, Wanda, Milva and Uschi were almost completely engaged in the management of the pension, as were their sisters-in-law Lina, Rita, Erna and Lidia, whereas the other children Ermelinda, Aldo, Otto, Ottavio, Tullio, Flavio and Niva occasionally lent a hand. Being a family-run pension was indeed one of the keys to the success of La Pineta, along with the distinctive hospitality of our family, which allowed us to establish an exclusive relationship with our guests right from the start. Claudio was later trusted with the management of the pension, and followed in granny Emilia’s footsteps.
At the time, pension La Pineta was one of the few hotels in Val Gardena/Gröden to offer full board. Claudio devoted the utmost care and passion to his traditional cooking, finding his way to the hearts of many regulars through their throats.

Come the new millennium, the standard of hotel structures in the valley rose rapidly. In 2000 Pension La Pineta itself underwent further enlargement and renovation works, and re-opened the year after as a completely refurbished 3 star hotel.

After many years of hard work and well-deserved success, Claudio became seriously ill, which however did not keep him from generously devoting his best efforts to his family and hotel. On 10 September 2004 his illness parted him from his wife Nadia and their young daughters, Elisa and Stefanie. Granny Emilia was there to help them face their grief and the imminent winter season.
Hard years followed, during which Elisa and Stefanie actively contributed to carry on the family traditions at our 3 star hotel in Val Gardena/Gröden.

Granny Emilia, the very backbone of our hotel till the age of 90, left us in January 2012, 17 years after grandpa Matteo.

Still, her spirit lives on: The management style and the homey ambience granny Emilia created for our Hotel La Pineta in Selva di Val Gardena/Wolkenstein in Gröden allows for a very special relationship with our regular guests, who keep visiting us from all over Italy and beyond.

The year 2016 brought big news at our 3-star hotel, including an extensive refurbishment. We are now ready to welcome you with 11 brand-new, spacious rooms – cosily furnished in modern-Alpine style and equipped with all mod cons. 3 of our new rooms have been designed barrier-free to accommodate guests with disabilities. We also gave our bar and stube a proper makeover and we are positive you will be conquered by the snug, cosy atmosphere that invites to sit back and enjoy a nice cup of tea or an aperitif in good company.

The last few years have been characterised by further expansion and renovation works. The result are larger rooms that are equipped wirth all mod-cons. We have also created the charming wellness centre that Claudio had already been dreaming of in the early 2000s. Last but not least, 2019 is a very important year for us: our Hotel La Pineta celebrates its 50st anniversary . 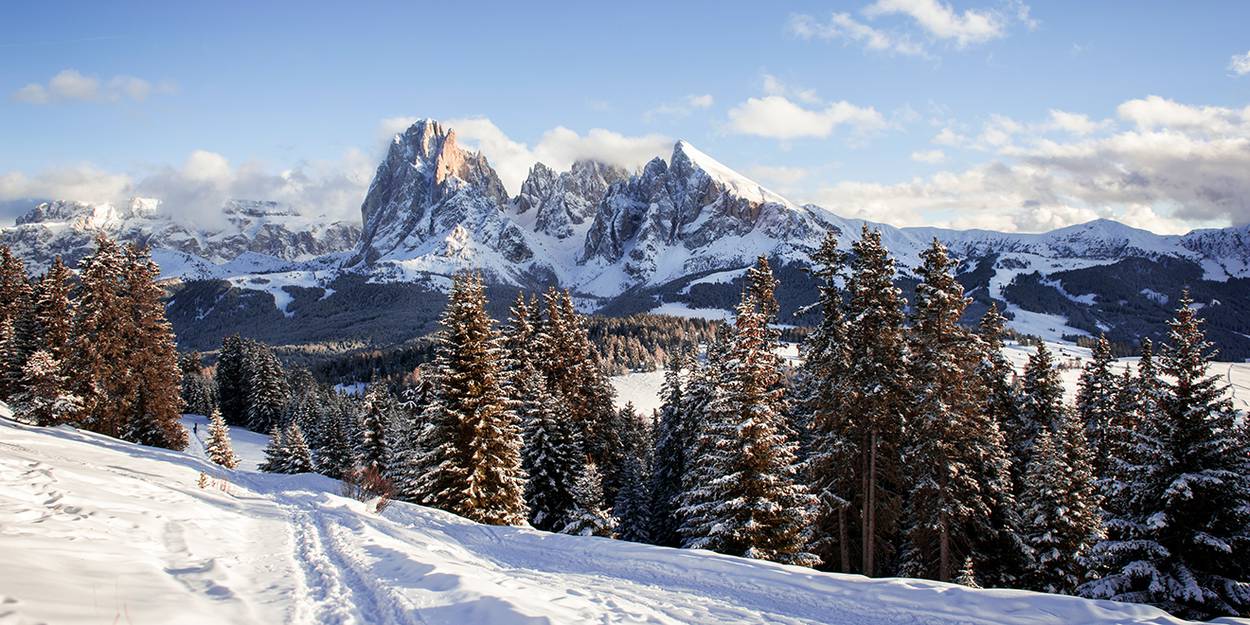 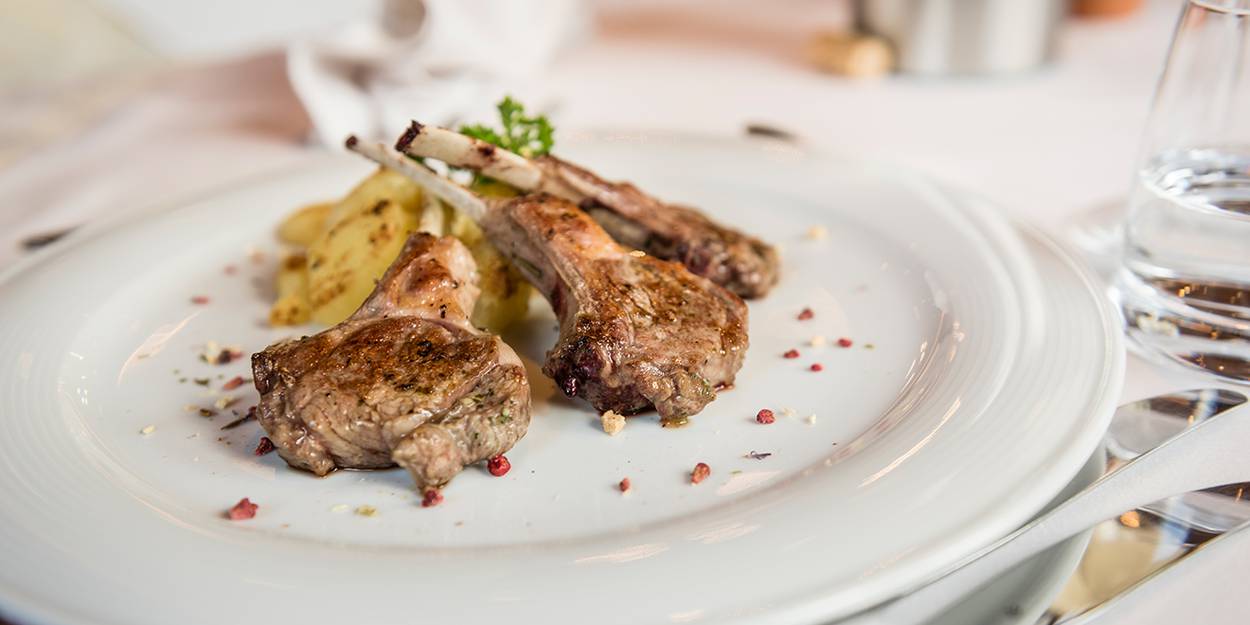 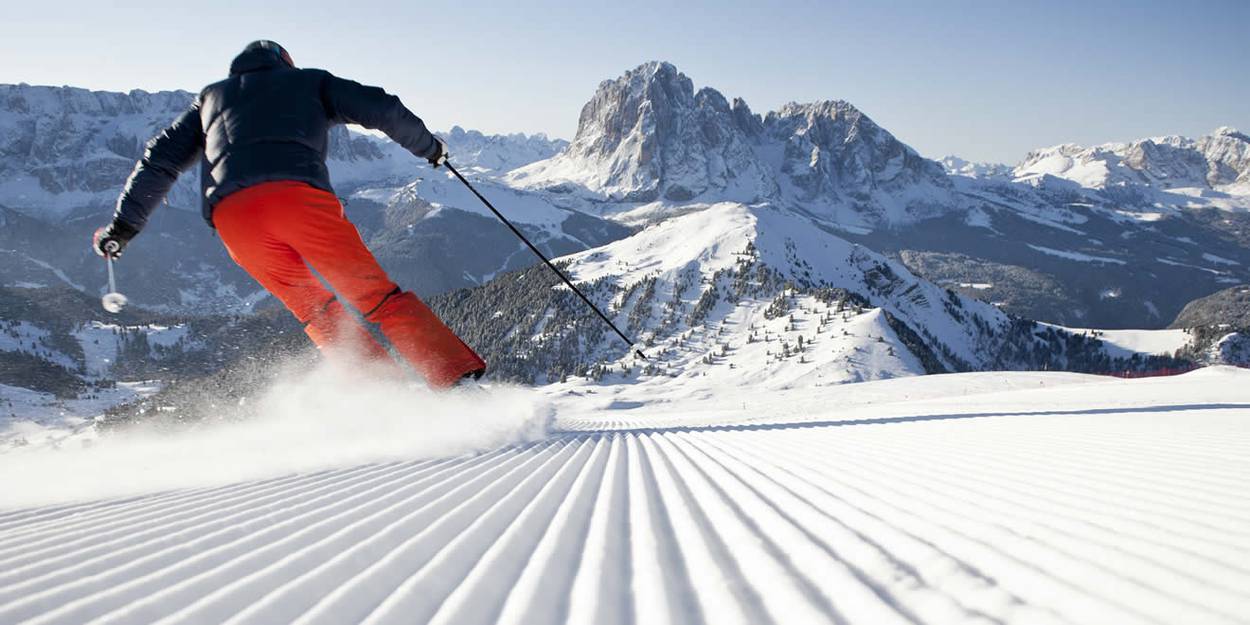 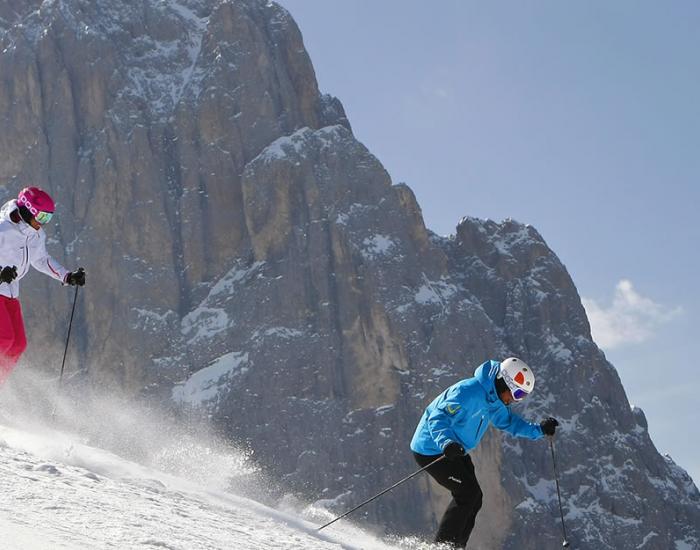 
A fun ski day for FREE if you stay 4 days or more! 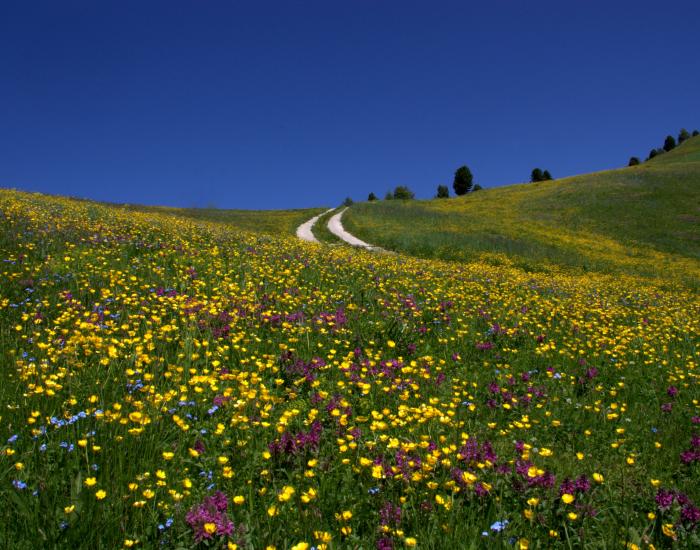 
Enjoying the charm of Val Gardena during the summer months has never been so inviting.